The Art of Central Banking (2)

“The role of a central bank governor has a lot in common with that of a musical conductor, who leads people from different disciplines to create beautiful harmonies that add up to masterful symphonies. Of course, there were times we heard some discordant notes. But by and large, we played harmonious and beautiful music together, so to speak, that resulted in benefits for our people!”
(Amando M. Tetangco, Former Governor of the Central Bank of the Philippines, Manila, 3 July 2017)

> See also the previous piece of Art of Central Banking 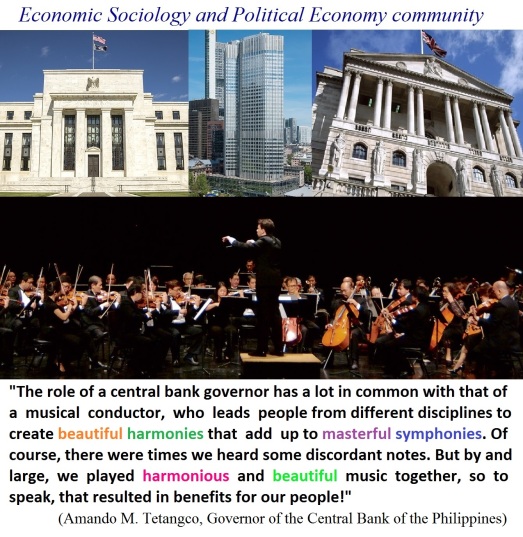