New Roles for the Trade Unions in Neoliberal and Globalized World 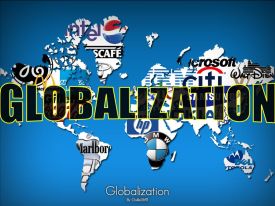 In many countries, unions have engaged in numerous strategies to halt or reverse their decline—such as mergers with other unions—and developed new services to become attractive to potential members. This article “New Roles for the Trade Unions: Five Lines of Action for Carving Out a New Governance Regime“, by Peer Hull Kristensen and Robson Sø Rocha, builds on lessons from Denmark and the Nordic and offers a novel and comprehensive logic of action within the emerging political economy that may be used to assess the possible new roles that unions can take on. The authors argue that unions are capable of “civilizing” globalization and current forms of governance by becoming responsible for pushing for a governance regime in a new and more egalitarian direction.

This entry was posted in Papers and tagged globalization, labor, neoliberalism, Unions. Bookmark the permalink.