Who is in Control of Markets: Humans or Financial Models?

The recent stock market correction raised again the question of who is in control of markets: humans or technology. Nasdaq CEO Adena Friedman said on CNBC that „humans are definitely in charge of the decisions in the market” and that “the algorithms are written basically on the back of a human decision.” At the same time, CNBC quoted influential banking analyst Dick Bove who claimed that “the United States equity markets has been captured by out-of-control technological investment systems”. My new book Financial Models and Society: Villains or Scapegoats? broadly addresses this controversy. 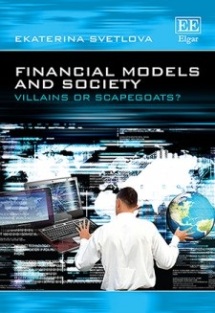