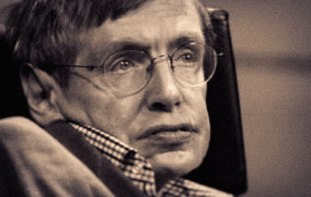 On 6 October 2015, a great theoretical physicist Stephen Hawking conducted a special Reddit “Ask Me Anything” session. Out of the thousands of submitted issues, Hawking selected those he wished to reply, mainly discussing aspects of artificial intelligence. In conclusion, Hawking picked a question about technological unemployment and ended with an insightful alarming observation on socio-economic and political trajectories:

Q: Have you thought about the possibility of technological unemployment, where we develop automated processes that ultimately cause large unemployment by performing jobs faster and/or cheaper than people can perform them? Some compare this thought to the thoughts of the Luddites, whose revolt was caused in part by perceived technological unemployment over 100 years ago. In particular, do you foresee a world where people work less because so much work is automated?
Stephen Hawking: “If machines produce everything we need, the outcome will depend on how things are distributed. Everyone can enjoy a life of luxurious leisure if the machine-produced wealth is shared, or most people can end up miserably poor if the machine-owners successfully lobby against wealth redistribution. So far, the trend seems to be toward the second option, with technology driving ever-increasing inequality.” (The original Reddit thread)

Apparently, every brief history of time is the history of class struggles…