Baudrillard on money, speculation and the self-destabilization of markets 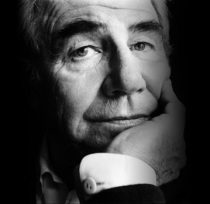 “There is something much more shattering than inflation, however, and that is the mass of floating money whirling about the Earth in an orbital rondo. Money is now the only genuine artificial satellite. A pure artifact, it enjoys a truly astral mobility; and it is instantaneously convertible. Money has now found its proper place, a place far more wondrous than the stock exchange: the orbit in which it rises and sets like some artificial sun… (p. 33)
Speculation is not surplus-value, it is a sort of ecstasy of value, utterly detached from production and its real conditions: a pure, empty form, the purged form of value operating on nothing but its own revolving motion, its own orbital circulation. The self-destabilization of Political Economy is thus what puts paid, in monstrous and somehow ironic fashion, to all possible alternatives. What possible riposte could there be to such extravagance, which effectively co-opts the energy of poker, of potlatch, of the ‘accursed share’, and in a way opens the door to Political Economy’s aesthetic and delusional stage? This unexpected demise, this phase transition, this wild bull market, is fundamentally far more original than all our old political utopias.” (p. 35)

Jean Baudrillard was one of the eminent intellectuals and thinkers of the present age. This French sociologist and philosopher was a bright diagnostician and sharp critic of contemporary society, culture and economy.
These two penetrating paragraphs are from “Transeconomics”, an insightful essay published as part of Jean Baudrillard’s La transparence du mal: Essai sur les phénomènes extrèmes (1990), translated into English in 1993 as The Transparency of Evil: Essays on Extreme Phenomena (open access). This special collection, described by the publisher as “tour-de-force contemplation of sex, technology, politics and disease in Western culture after the revolutionary ‘orgy’ of the 1960s”, starts with the words: “Since the world is on a delusional course, we must adopt a delusional standpoint towards the world”; and then it goes on and on, curves, delves, reveals and crumbles…
***
Join the Economic Sociology and Political Economy community through
Facebook / Twitter / LinkedIn / Google+ / Reddit / Tumblr

This entry was posted in Books and tagged financialization, markets, money. Bookmark the permalink.