The Role of Money in Social Life: Morality and Power in the World of the Poor

My book The Moral Power of Money: Morality and Economy in the Life of the Poor (Stanford University Press, 2017) offers a new focus for interpreting the multiple power relations that configure the world of the poor. It analyzes heterogeneous money exchanges among the urban poor in Buenos Aires and regards how the money circulates on formal, informal and illegal markets, through welfare and NGO assistance, and around political, religious and family ties. Along this path, the moral dimension of money plays a critical role in the production of economic, class, political, gender and generational bonds. In an innovative dialogue that includes Pierre Bourdieu’s sociology of power and the sociology of money of Viviana Zelizer, this book proposes the concept of moral capital to interpret the connections between money, morality and power. This sociology allowed us to understand that money is more like a puzzle comprised of several pieces. The concept of moral capital allows reveals that the pieces of money are shaped by ideas and moral feelings, and that each of these pieces differs from the others. The dynamic of these pieces—a dynamic involving hierarchies, tensions and contradictions—challenges the definition and the negotiation of people’s status and power in specific social orders. This research explores the roles of money that do not appear among its functions in economy textbooks. Along the way, we hit upon subjects such as hierarchy, domination, status and competition. In short, the proposal of this book is to build a toolbox based on the moral sociology of money to understand the role money plays in social life today. 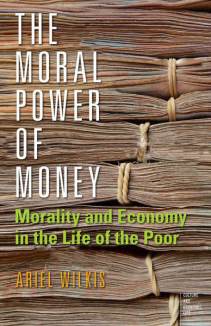