Evolution of British Economic Sociology: From Local and ‘Industrial’ to Comparative and ‘Economic’ 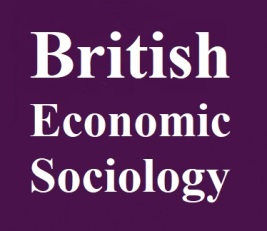 What have been the key shifts of emphasis in the research agenda of British economic sociology over the last four decades? Duncan Gallie (Nuffield College) tackles this question and presents a concise and interesting review of changing perspectives in British Economic Sociology. He argues that three changes stand out as having transformed the field over the period. The first is the major extension of the scope of the subject: from focusing on the internal dynamics of a workplace to looking at the labour market and the household more broadly. The second is a shift in theoretical perspective from a deterministic view of economic structures and behaviour to an increased emphasis on the role of choice. And the third is the growing importance of comparative cross-national research. See the full (open-access) paper:
Duncan Gallie, 2011. “Changing Perspectives in British Economic Sociology.” Sociological Research Online 16(3): 1-19.
— See also Gallie’s Employment Regimes and the Quality of Work (Oxford University Press, 2007) and Why We Need a New Welfare State (with G. Esping-Andersen, Hemerijck, A. and Myles, J., Oxford University Press, 2002)