While the Coronavirus pandemic and its probable consequences have caused many to recall the great Isaac Asimov‘s science fiction stories, his two beautiful and shrewd quotes which are no less relevant to our times sprang to my mind:

“[What’s exciting is] the actual process of broadening yourself, of knowing there’s now a little extra facet of the universe you know about and can think about and can understand. It seems to me that when it’s time to die, there would be a certain pleasure in thinking that you had utilized your life well, learned as much as you could, gathered in as much as possible of the universe, and enjoyed it. There’s only this one universe and only this one lifetime to try to grasp it… What a tragedy just to pass through and get nothing out of it.” (p. 266)
People think of education as something that they can finish. And what’s more, when they finish, it’s a rite of passage. What’s wrong with it is you have everybody looking forward to no longer learning, and you make them ashamed afterward of going back to learning. There is no reason, if you enjoy learning,  why you should stop at a given age. […] I’d like to think that people who were given the chance at learning facts, at broadening their knowledge of the universe, wouldn’t seek so avidly after mysticism. I wonder how many people go for these mystical, nonsensical things simply because they must go for something.” (Moyers 1989: 269)

“Anti-intellectualism has been a constant thread winding its way through our political and cultural life, nurtured by the false notion that democracy means that ‘my ignorance is just as good as your knowledge’… Now we have a new slogan on the part of the obstructionists: “Don’t trust the experts!”… We have a new buzzword, too, for anyone who admires competence, knowledge, learning and skill, and who wishes to spread it around. People like that are called “elitists”… What shall we do about it? We might begin by asking ourselves whether ignorance is so wonderful after all, and whether it makes sense to denounce “elitism”… I believe that what we badly need is social approval of learning and social rewards for learning.” (Asimov 1980).

— Moyers, Bill. 1989. A World of Ideas: Conversations with Thoughtful Men and Women about American Life Today and the Ideas Shaping our Future. Doubleday. (This volume transcribes a series of provocative interviews with great thinkers most of which were never seen on television before: Barbara Tuchman, Chinua Achebe, Peter Berger, Martha Nussbaum, Peter Drucker, Noam Chomsky, John Lukacs, and more).
— Asimov, Isaak. 1980. “A Cult of Ignorance.” Newsweek, January 21, p. 19. 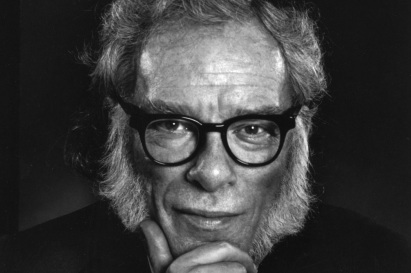 This entry was posted in Oleg Komlik and tagged knowledge. Bookmark the permalink.