Thomas Piketty: “There is no such thing as economic science. There are social sciences, economic processes involved social control.” 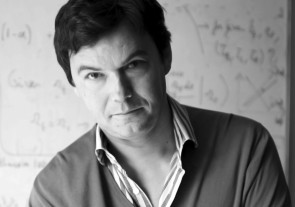 “[In order to promote economic justice] the first important thing to do is democratization of economic knowledge. Too often bad economic policy  and economic policies in the interests of the wealthy come from the fact that we, sort of, abandon economic knowledge to group of ‘specialists’ and ‘exerts’.
There is no such thing as economic science. There are social sciences, economic processes involved social control… We should teach economics much more in conjunction with economic history, social history, political history, political science. It’s just impossible to study issues  such as dynamics of income and wealth distribution in a purely economic manner. It’s very important that students in economics don’t lose all the energy in abstract mathematical models… [But] too often economists have been doing the opposite: which is [using] very sophisticated mathematical model to explain very little empirical material or sometimes no empirical material  at all…”