In 1990, two economics PhD students at the University of Chicago, Jeffrey A. Smith and Kermit Daniel, got bored hanging out with their fellow tiresome economists and boldly decided to graze in new attractive fields. Sensibly skipping over political scientists and anthropologists, Smith and Daniel (the former is currently University of Michigan economics professor and the latter is University of Chicago’s vice president) chose to pal around with sociologists — but they encountered a serious challenge: they barely managed to socially interact because of the language abyss between economists and sociologists.
To circumvent this problem, Smith and Daniel composed “Economics to Sociology Phrase Book” in order, as they put it, “to help economists adjust their way of speaking in a manner that will make it comprehensible to Sociologists”.
I found this two-page phrasebook witty and astute, taking into account the context it was written in. It is also amusing to mention that Daniel’s dissertation supervisor was Gary Becker (who applied microeconomics to analyze social phenomena) and the phrasebook reflects sociological jargon of 1980s. Concerning economics terminology, by the way, one can see that not so much has changed since then.
See below most interesting (in my view) entries from the phrasebook; the original paper is enclosed at the end of the post. 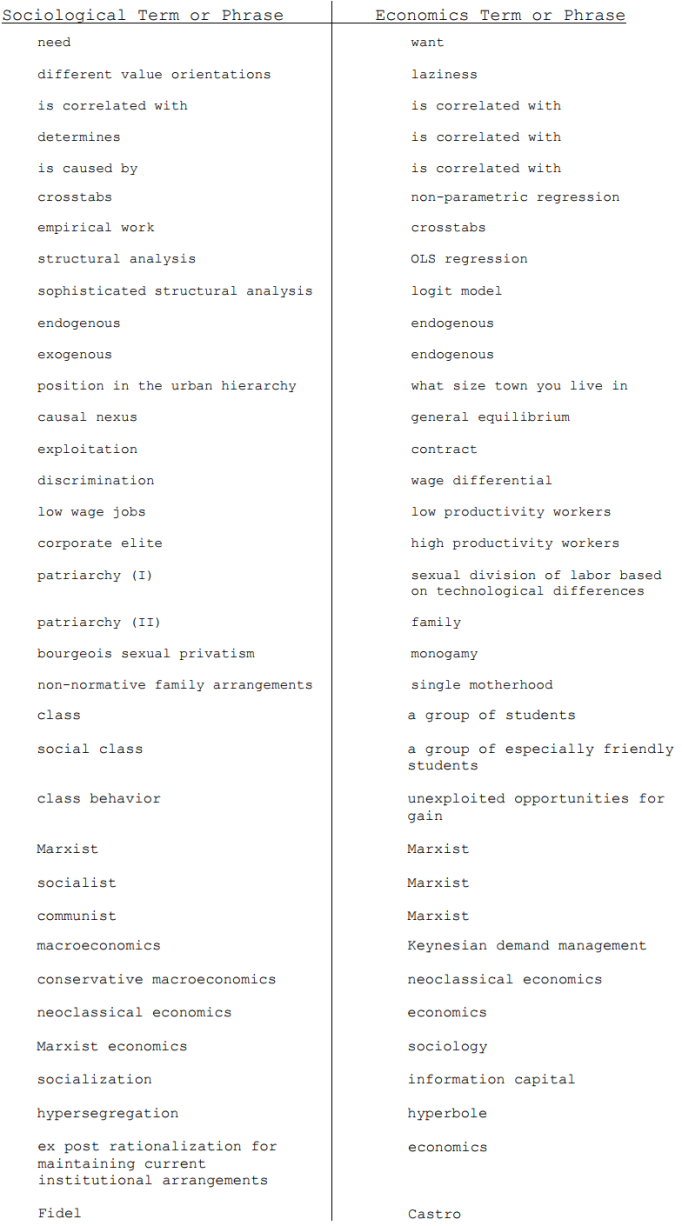 This entry was posted in Funny, Oleg Komlik and tagged economics, sociology. Bookmark the permalink.

8 Responses to Economics to Sociology Phrasebook