Career opportunities: the ones that never knock 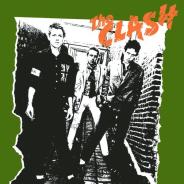 A couple of weeks have passed since many countries celebrated on May 1st, Labour Day, alternatively named May Day, but the entire month is devoted to the celebration of the struggles and toils of working lives. The ES/PE blog section “Songs of Society and Market” could not let this unnoticed and, with some delay, incidentally caused by excess of work, we make our very own homage to workers of the world with English punk rock band The Clash’s hit “Career Opportunities” (1977).
Most humans will do some productive work along their lives and, more importantly, will be required to do so in order to obtain the necessary means to survive. In fact, most humans spend most of their lives working, which makes work a fundamental social activity, social relationship and aspect of individual and collective identities. The majority of economic active populations in advanced capitalist countries became wage labourers, living in ‘wage societies’, according to Robert Castell. Even those societies in which this was not the case, formal employment was held in such a high regard that societal representations often associated a fully active life with a job. Governments  and economies were expected to provide their adults citizens with formal jobs and policies were implemented accordingly. On the other side, societies expected and demanded citizens to work as a general norm.
Alas. It is an understatement that work is not always rewarding. One of the great transformations of capitalism, back in the eighteenth century, was to turn work into a commodity. A fictitious one, Karl Polanyi would say, but still considered a commodity in the market. The consequences are many, but for our purposes here it suffices to say that a market for labour was conceived in ways in which prospective employers (the demand-side) compete for the best workers and prospective employees compete for the better positions. The problem is, as the Stones once said, that “you can’t always get what you want”. The causes and effects of unemployment were one of the most important points of contention among economists from the Great Depression: from the political aspects of full employment by Michael Kalecki to the Phillips Curve, NAIRU (Non-accelerating Inflation Rate of Unemployment) and their criticisms.
For youngsters, entering the labour market for the first time is challenging. Complying with rules and routines of a workplace and facing the lack of opportunities to work in meaningful activities can be quite frustrating. The situation in the United Kingdom in 1977 was particularly bad. These were the frustrations Strummer and Jones sing about in “Career Opportunities“ :

I hate the army an’ I hate the R.A.F.
I don’t wanna go fighting in the tropical heat
I hate the civil service rules
And I won’t open letter bombs for you

A quick view on the UK labour market prospects of those years is what helps us to understand the political and socio-economic underpinning of the song’s words:

Unemployment in the UK raised quickly from 2.6 in 1974 to 6.2 per cent in 1977 (and it would worsen in the 1980s), inflation (measured by Retail Prices Index) exceeded 15 per cent and James Callaghan, the Labour Prime Minister, decided that workers should pay for inflation control. His government introduced a policy of wage restraint as a tool to tackle high inflation, trying to limit wage bargaining gains to 5 per cent per year. As a result, the average nominal earnings were rising below prices for retail goods, as the graph shows for the period 1976-77. In other words, people were being laid off and the chances to get a job were diminishing. For those who were lucky enough, the government would say, to be working in the late 1970s in the UK, the purchasing power of wages was decreasing. Cost of living rose on average 6 per cent above wages in 1977, making it more difficult to make ends meet. Job seekers could not really chose and a job was not a guarantee of financial security.
Wages, the quantitative measure of the worth of labour, valued less. Career opportunities were scarce, dull, unimaginative (janitorial, military or mail jobs, says the song) and badly paid. And this obviously impacted the worth of work for youngsters getting into the labour market in the industrial powerhouses of Britain, soon to be devastated by de-industrialization, such as Manchester, home to The Clash members and a thrilling punk scene.
In 1977, opening letters, dropping bombs, driving ambulances, making toys or serving tea could at least be rejected by those entitled to unemployment benefit. But the lyrics are premonitory and prognostic:

Throughout the next neoliberal decades, under Thatcher, Major, Blair, and recently Cameron, incremental reforms in unemployment benefits (currently jobseekers allowance), disabilities benefits (they are indeed taking away prescriptions) and other welfare policies emphasised the employability of all economic active population. The unemployed should comply with strict rules set by job centres, behaving in ways more conducive to employment, accepting available and subsidised jobs and, for the long-term unemployed, performing unpaid work or facing sanctions (mandatory work activity). Everyone is considered fit to work and all fit to work must do so. Opportunities no longer matter, since there is no choice.

1 Response to Career opportunities: the ones that never knock